When Hurricane Sandy roared ashore back in October 2012, it made the history books as the second costliest hurricane in US history. Heather, who lives in Suffolk County on Long Island, New York didn’t need a historian to tell her it was a record-breaking storm.

“We are located four houses from the Great South Bay and there was eight feet of water rolling down our street,” Heather relates. Her home suffered major structural damage along with interior and exterior damage and had to be totally demolished. 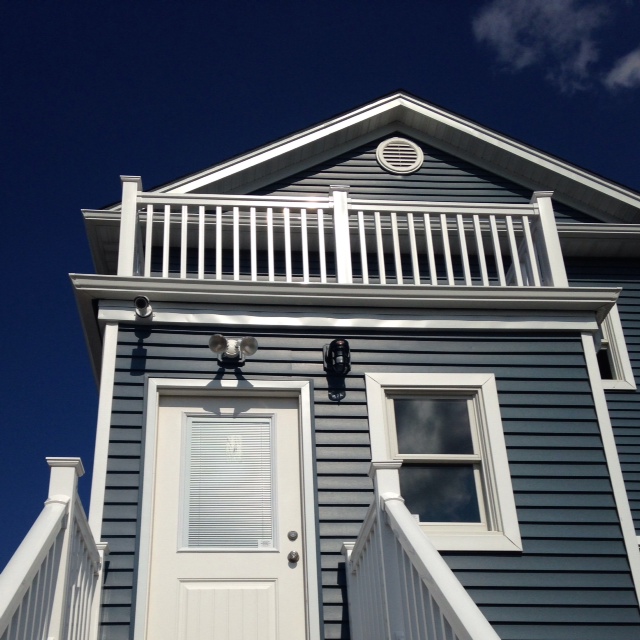 Unlike some residents who left the coast, Heather chose to stay and began designing her new home. 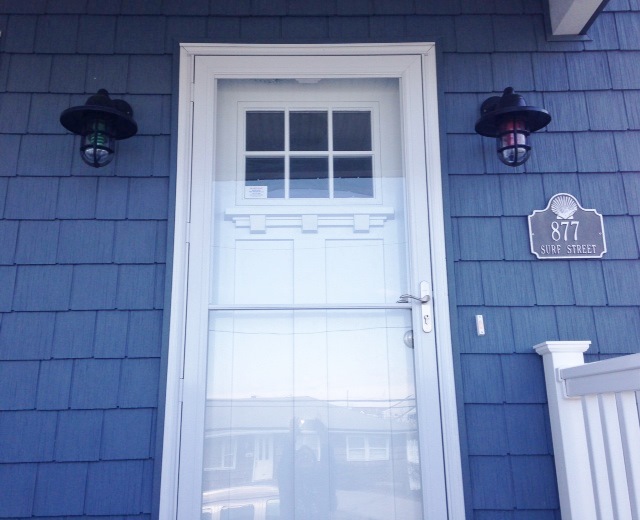 “We definitely wanted a coastal beach home,” Heather says. “We tried to design our house similar to those in the Outer Banks in North Carolina.” For lighting, Heather wanted durability more than anything but she also wanted something that looked like it belonged on a dock or a ship. 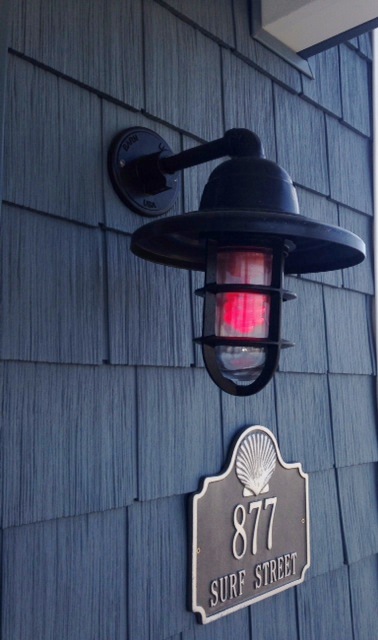 For the front entryway, Heather chose the Atomic Industrial Guard Sconce, an American made rustic wall sconce to flank the door. “The front door was most important and I wanted it to be a focal point,” Heather says. “I chose the black finish to stand out against the blue siding. I love the look of these sconces!” 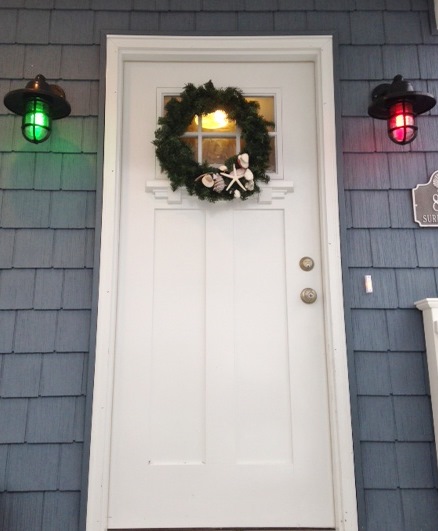 Heather further customized her rustic wall sconces with heavy duty cast guards and clear glass. And for a true nautical touch, she added the red and green bulbs which were perfect for Christmastime! 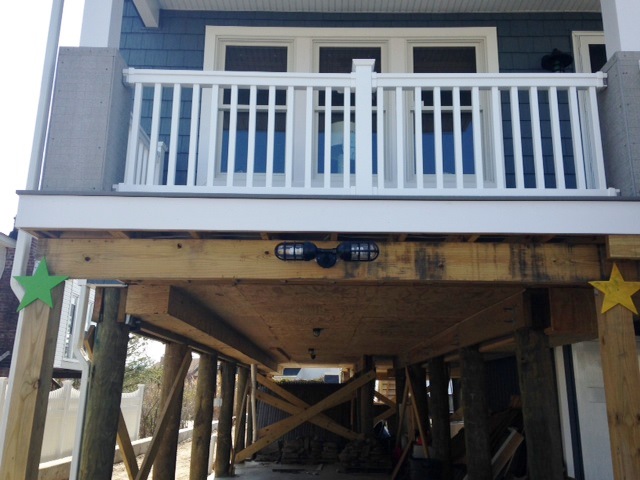 For the lower level, Heather stayed in the Rustic Wall Sconce family and chose an Atomic Topless Double Industrial Guard Sconce to help highlight the yard and parking area. She customized this wall-hugging double light with a black finish, heavy duty cast guard, and clear glass. 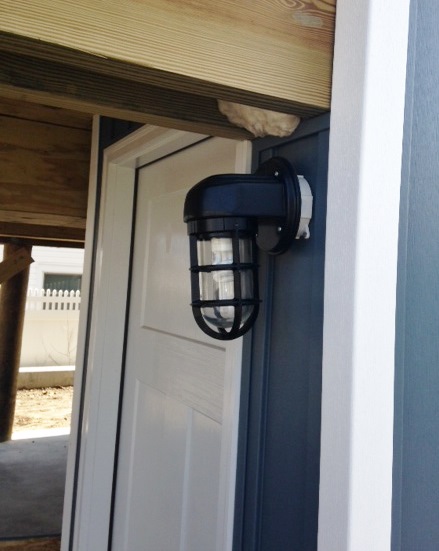 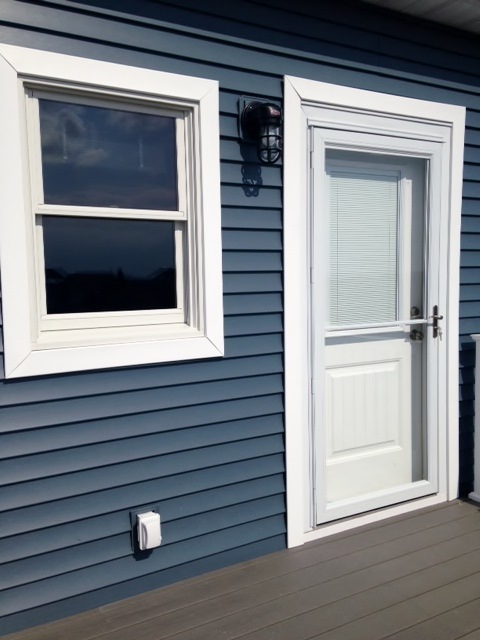 “These sconces resemble the fixtures used on the Titanic which my son is obsessed with!” explains Heather. “I love the way they look and I love the fact that I don’t have to worry about rust or water damage.”