In many homes, the basement is often a cold, dark place that serves as little more than storage for off-season items. But sometimes a hidden gem lies waiting to be realized in that unused space below. All it takes is a little inspiration!

Paul and Lynne, of Chantilly, Virginia, always knew their unfinished basement had serious potential. Last fall, after living in their home for eight years, the couple finally started turning one of their unfinished rooms into the home theater they had always pictured.

“We found a picture of a vacation lodge in Wisconsin and began to model it after the stone and woodwork we saw there,” Paul says. “In the end, it looked nothing like the lodge, but it provided us with a starting point.” Lynne chose most of the colors and textures for the space, and when it came to lighting, the couple wanted a more rustic look. 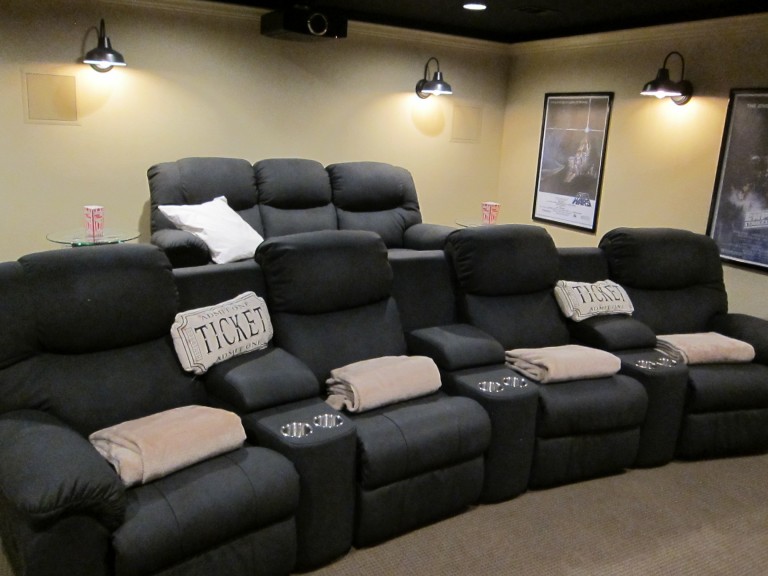 “Most theaters use art deco sconces so finding the right light took time,” Paul notes. “We wanted soft lighting that could be left on if the family was just hanging out watching TV.” Paul and Lynne chose the Austin Wall Sconce in a 10″ shade with a Textured Black finish to line the walls. 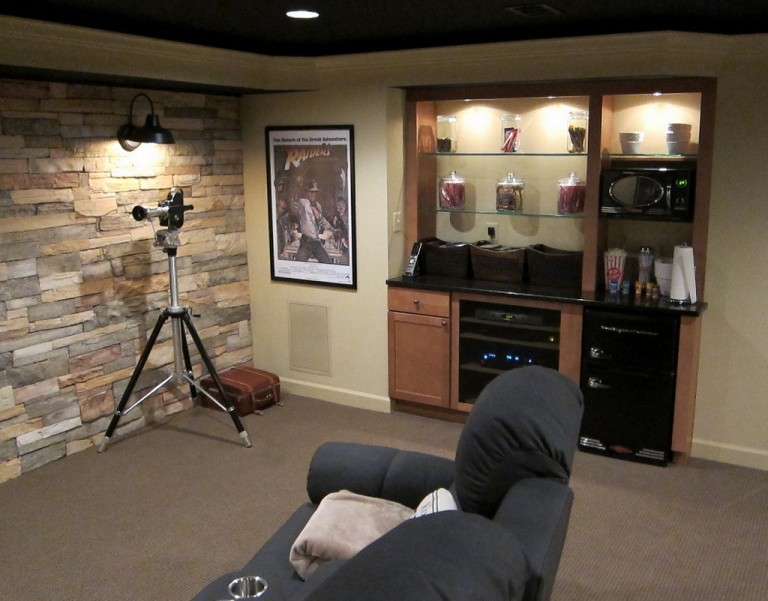 “We looked at thousands of sconces and narrowed it down to about 10. We kept coming back to the Barn Light Electric sconces since they had the look we wanted,” Paul says. The Austin is one of our most popular barn wall lights thanks to its classic RLM-inspired warehouse shade and slender gooseneck arm. Its compact size makes it perfect for hallways, baths, or entryways where a touch of light is needed. 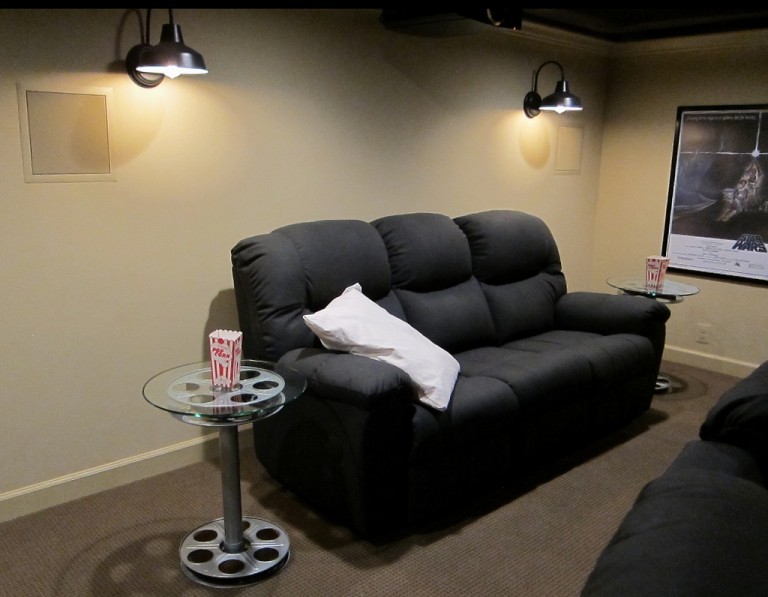 “We chose Textured Black since it matches the rest of the room,” Paul notes. “The fixture is large enough to provide light for the entire space but small enough that they do not overtake the room.” The American made Austin also comes in a smaller 8″ size shade and an array of finish colors from traditional Black, Galvanized, or Rust to brighter hues such as Orange, Buttery Yellow, and Royal Blue. 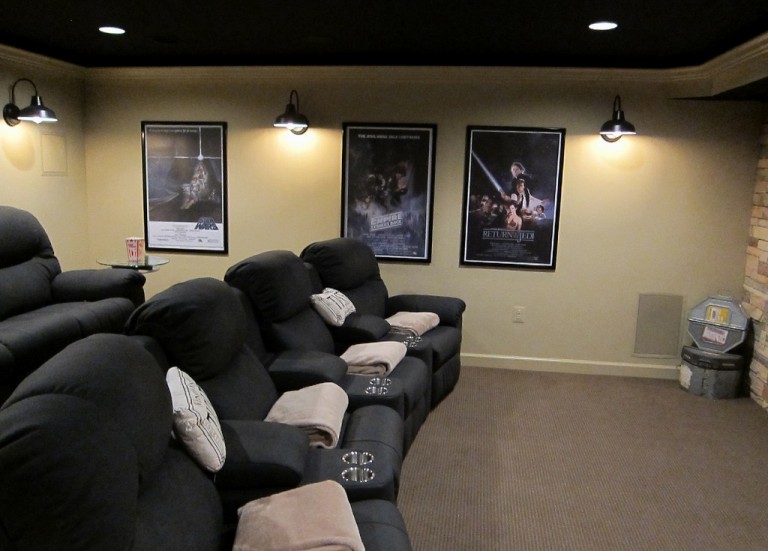 “We have been getting many compliments on the lights,” Paul says. “The Edison bulbs provide an extra bit of character and provide a nice warm light when slightly dimmed. The quality of the lights is great and they were a snap to install.”