Barn Light Electric is celebrating 10 years of handcrafting the finest lighting on the planet! Just as it took a fair amount of imagination to launch a Tesla into space this week, it took imagination, ingenuity, and a whole lot of hard work to launch a lighting company in the midst of the Great Recession on Florida’s Space Coast. 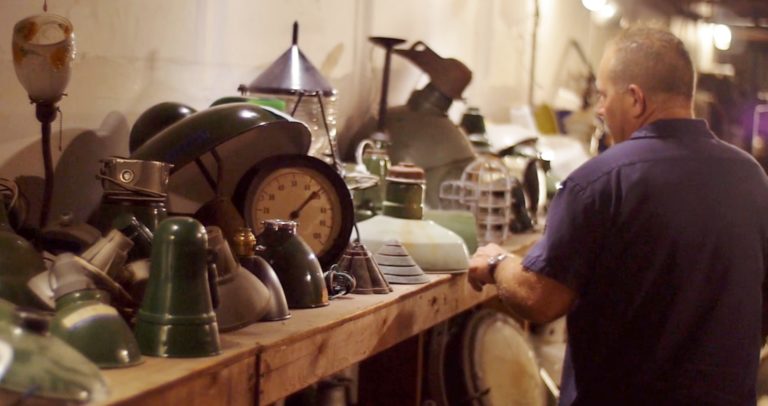 “It started with a love for industrial-style antique lighting and grew into a passion for bringing them back onto the market,” owner Bryan Scott says. “The handcrafting of high-quality lighting, especially porcelain enamel lighting, was a lost art.” 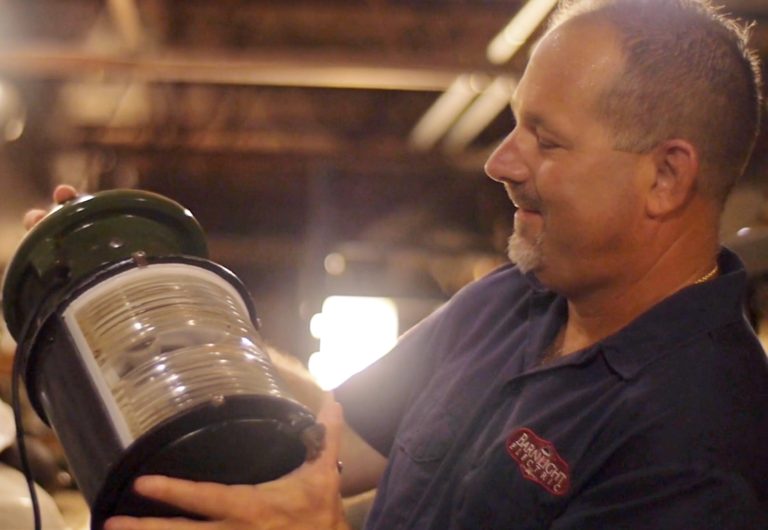 Bryan, along with wife Donna, worked nights and weekends from their home on the fledgling company. But with demand for their product growing, they both left their professional careers in a leap of faith.

“We didn’t know what would happen. It took off so fast and furious,” Bryan recalls. “Donna took a leave of absence from work intending to return but never did. We had so much work to do.” 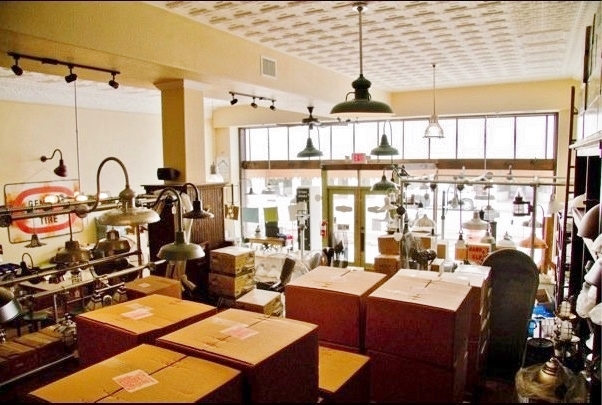 In 2009, the couple moved the operation to a small storefront in Titusville. With 2,400 square feet of space and 120 products, four employees handled everything from sales to shipping to social media. 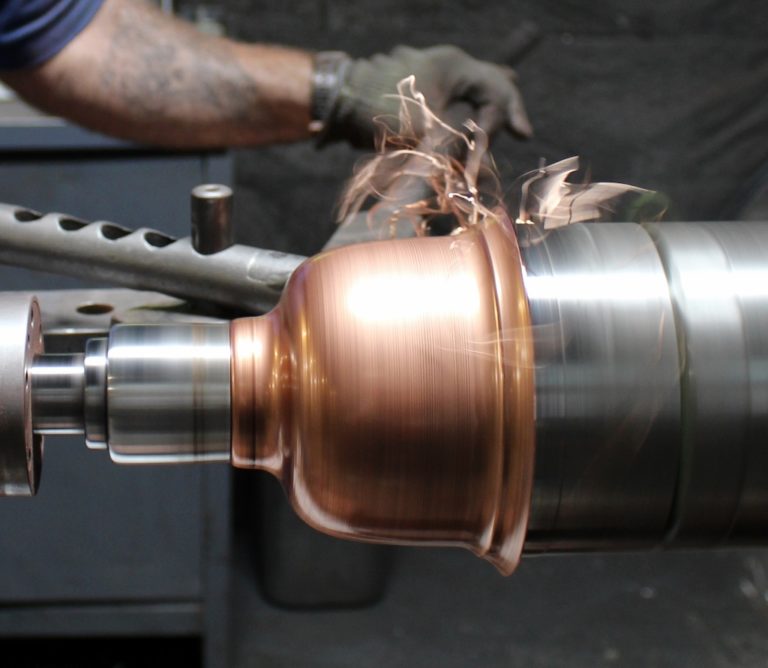 Employees were quickly added and trained in the art of metal spinning to help with the growing demand for vintage-style lighting. The retro trend that valued these early 20th-century styles was gaining traction among designers and homeowners alike. 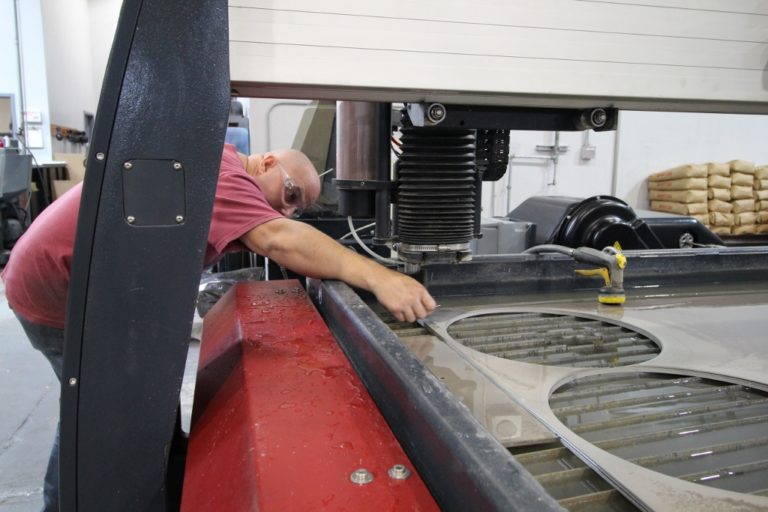 “My goal was to keep these fixtures American made and employ people for the local economy,” Bryan explains. “Although it was suggested that we could make more money by shifting manufacturing overseas, that wasn’t going to happen. I wanted to give people an opportunity to work right here and be proud of something made in the U.S.” 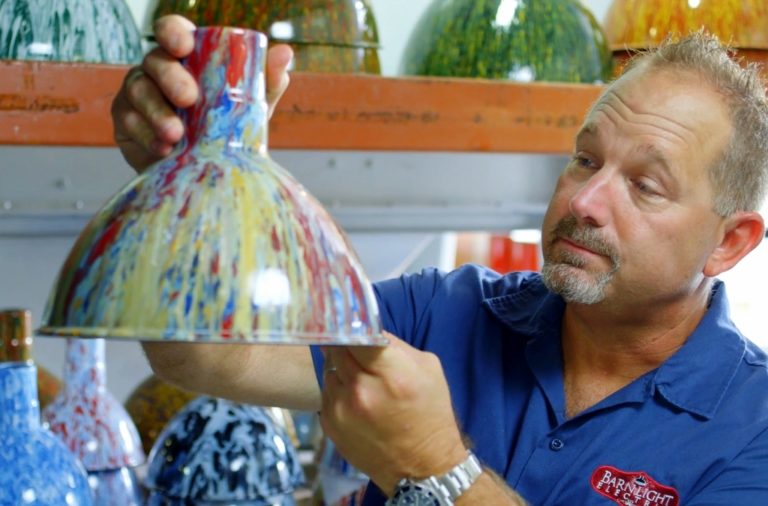 One of the highlights of the company’s history came in 2012 when Bryan traveled to Italy and purchased a porcelain enamel oven. Porcelain enamel was once an industry standard but fell out of use when less expensive powder coat and paints came onto the market. The couple wanted to revive the use of porcelain enamel which is prized for its durability and high-gloss finish that never fades. 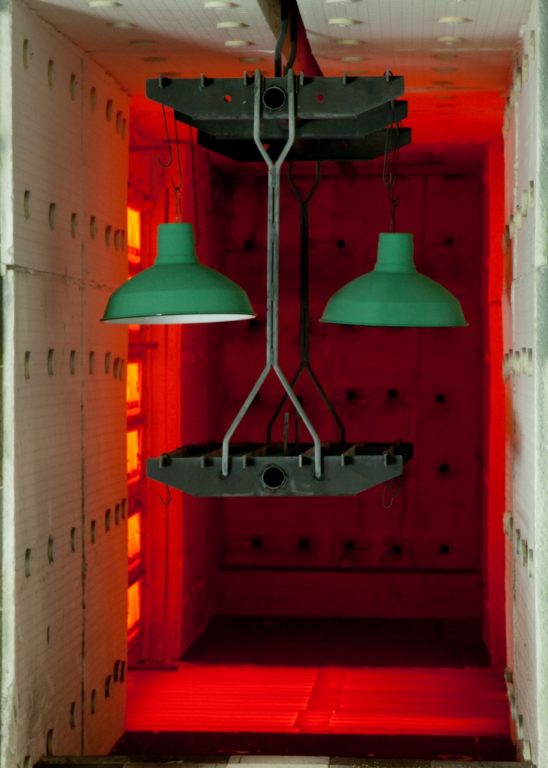 “We began spinning shades from commercial grade steel and firing them in the new oven,” Bryan says. Training employees how to spin, how to operate the oven, and other aspects of running a major lighting business were the biggest challenges the Scotts faced. 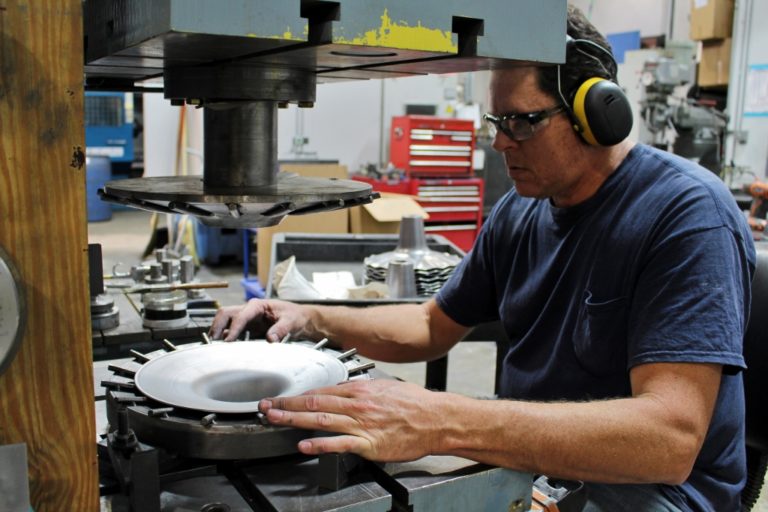 “We had to learn the industry and the commercial side of things. We had to figure out best practices and learn social media as it came into play,” Bryan says. “Growing the company was not a challenge, but all the things that accompanied that growth were definitely challenging.” 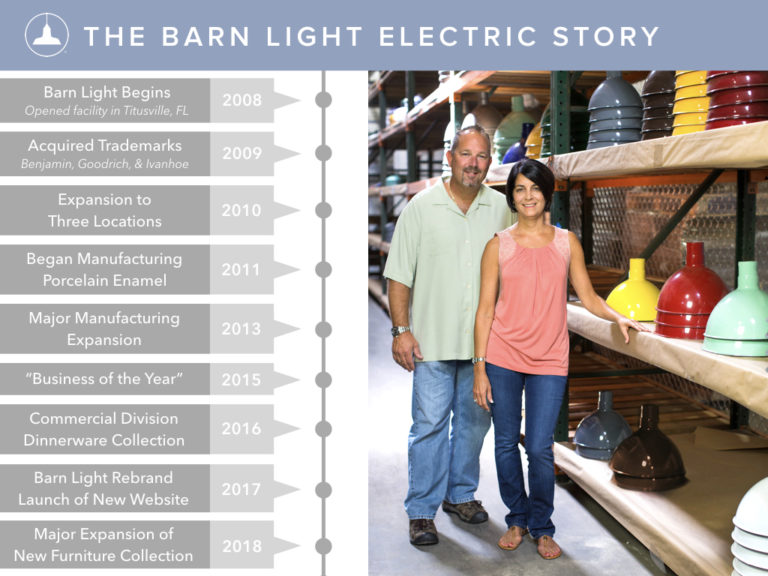 Ten years and four buildings later, Barn Light Electric now occupies more than 65,000 square feet of office and manufacturing space, employs 130 people, and offers more than 5,000 products. Shades are still spun by hand, and Barn Light is the only company in America manufacturing porcelain enamel lighting. Seeing their lights in restaurants, hotels, and airports when they travel is still a thrill.

“We love seeing our lights when we travel,” he says. “Watching our employees grow with the company, receiving recognition from organizations like the Governor’s office and Houzz, and being featured on CNN, CNBC, and HGTV are just some of the rewards as we look back on the wild ride of the last 10 years.”