“Were you raised in a barn?!” I can still hear my mom yelling at me whenever I’d fly out the front door of our house racing to be outside and forgetting to close the door behind me. For Rebecca and Tom of Chester, Vermont, they are indeed raising their child in a barn — a 100-year-old converted dairy barn. The building has served many purposes in the last century but it became the campestral homestead for this couple in 2009 who fell in love with the location and charm of the space. Like most old buildings, this one was in serious need of renovations. 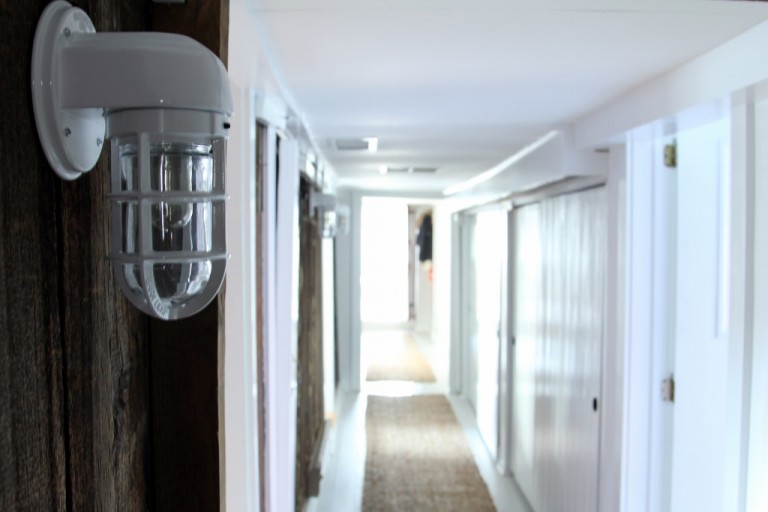 “This is actually a living/working space as both my husband and I have our work spaces in the building,” says Rebecca who operates Rebecca Haas Jewelry from her home. “We wanted to bring back some of the original barn character so barn lights were a perfect way to do it!” Upon moving in, the first priorities were in updating the kitchen, adding a bathroom, and removing 40-year-old industrial carpets from the bedrooms. And lots and lots of painting. 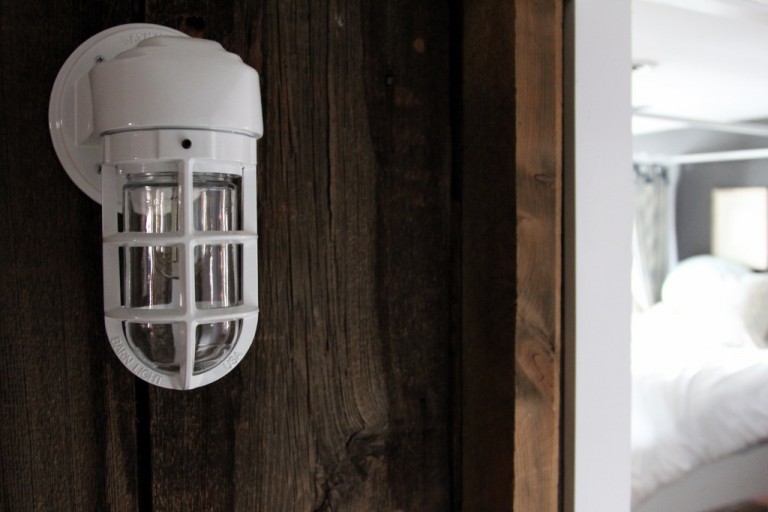 “We also added a wood stove at that time, then we had a baby in 2009 so we took a break,” she explains. Phase two of the renovation got underway last winter and included a second bath, insulation, a new heating system, and renovating the hallway which serves as the main throughway of the home.

“The changes in the hallway were primarily aesthetic, which is why we waited,” Rebecca says. The long and narrow space is challenging as it gets very little natural light and has low ceilings. With original barn boards on one side of the hall, this area retained much of the character of the original building. 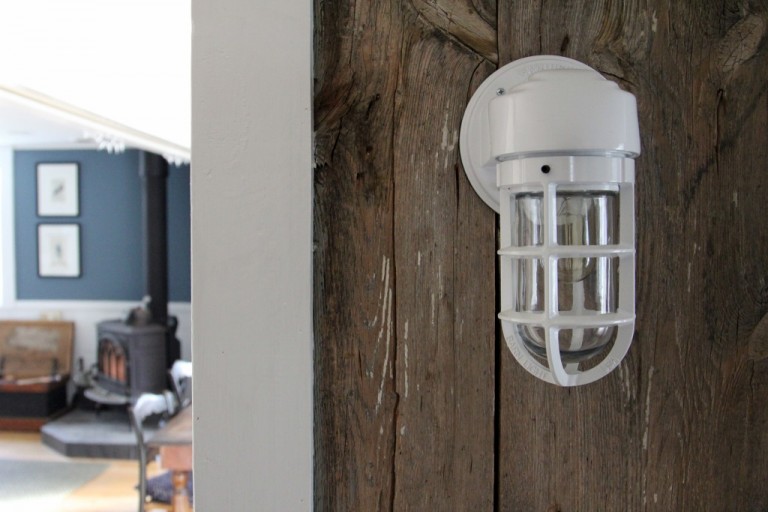 “Vintage style barn lighting seemed to make the most sense in the space,” Rebecca adds. “We thought we’d work with the original character of the space and accentuate its charms rather than fight against it.” The couple chose the Atomic Topless Streamline Industrial Guard Sconce in a White finish with clear glass. The couple liked the narrow profile of this American made fixture which works well with the low ceilings and fits snug to the walls. And since their son plays ball in the hallway, a strong caged light was practical! 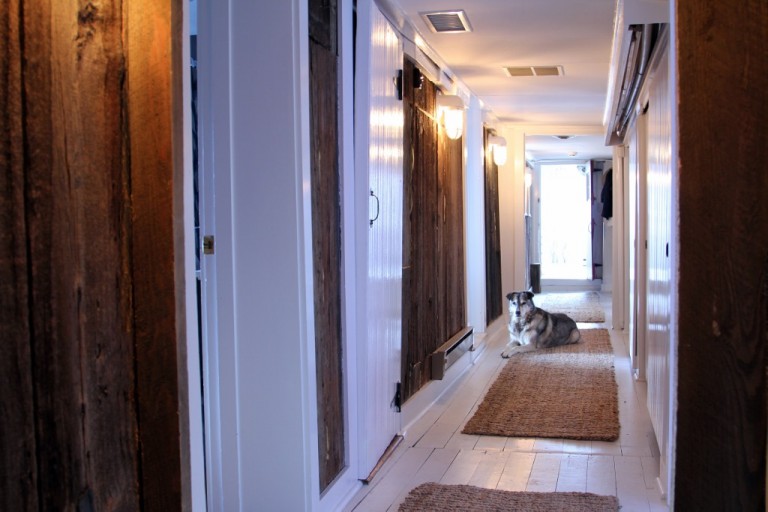 “We chose the white finish because everything else in the hallway is white and we did this intentionally to brighten up the dark space,” Rebecca adds. “We have Edison bulbs in them which makes a beautiful light.” It looks like Olivia, who the family rescued from the ASPCA 11 years ago, also approves of the new space where she easily tracks the comings and goings of everyone. 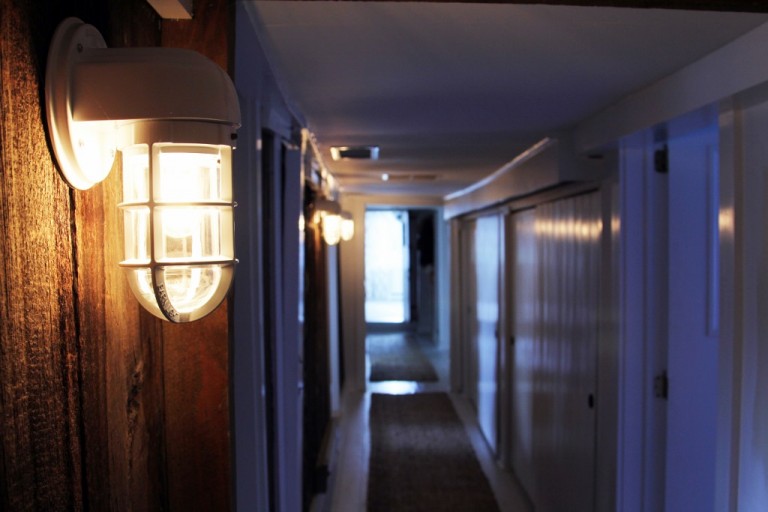 “The lights look great in the space and achieved everything we were looking for,” Rebecca says. “the continuous  line of them down the hallway creates a very cohesive design.”