We often hear people describe barn lighting as classic or timeless. Indeed, even today, you can find antique warehouse shades still in use decades after installation. These are often porcelain enamel lights crafted from quality steel in an age when products were built to last.

When Kelly Hurliman , an interior designer from just outside of Chicago, decided to remodel her kitchen, she wanted the classic look and quality of a porcelain enamel barn light. 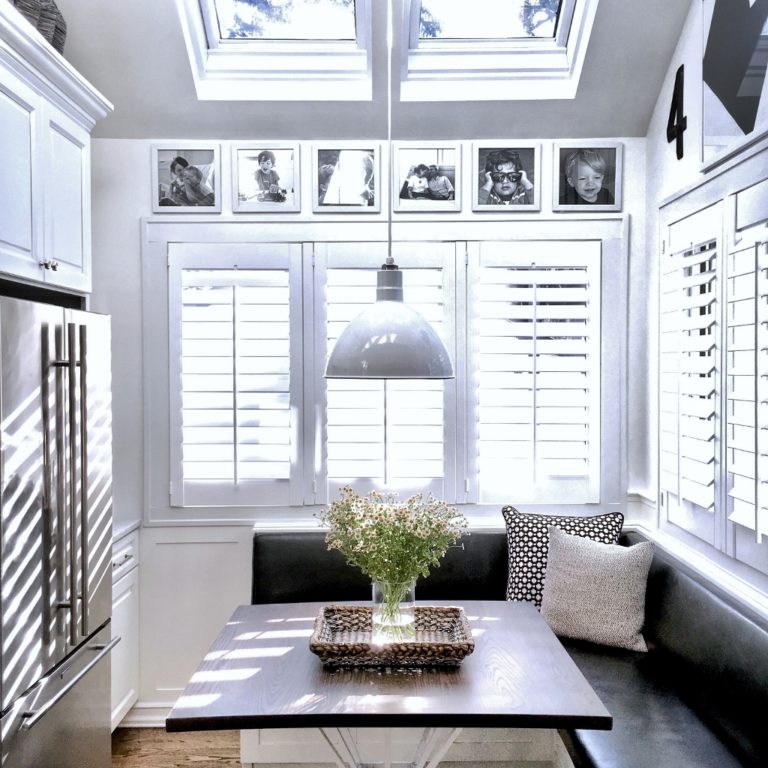 “The previous kitchen was cream colored and decorative, and we wanted a more clean-lined, fresh, black-and-white space,” Kelly says. “I knew we could always add wallpaper, color, or pillows to change it up, but we wanted the foundation to be classic. I chose barn style lighting because it has a modern feel with classic roots. It never feels fussy and, while casual, still makes an impact.”

Kelly, who was a fashion stylist for Oprah Winfrey for 10 years before launching her own interior design company, chose the Ivanhoe® Wilcox Porcelain Pendant for her newly remodeled space. She customized this American-made ceiling pendant with a 16″ shade, White finish, and standard white cord. The pendant highlights a custom table in an eat-in nook with banquette seating. 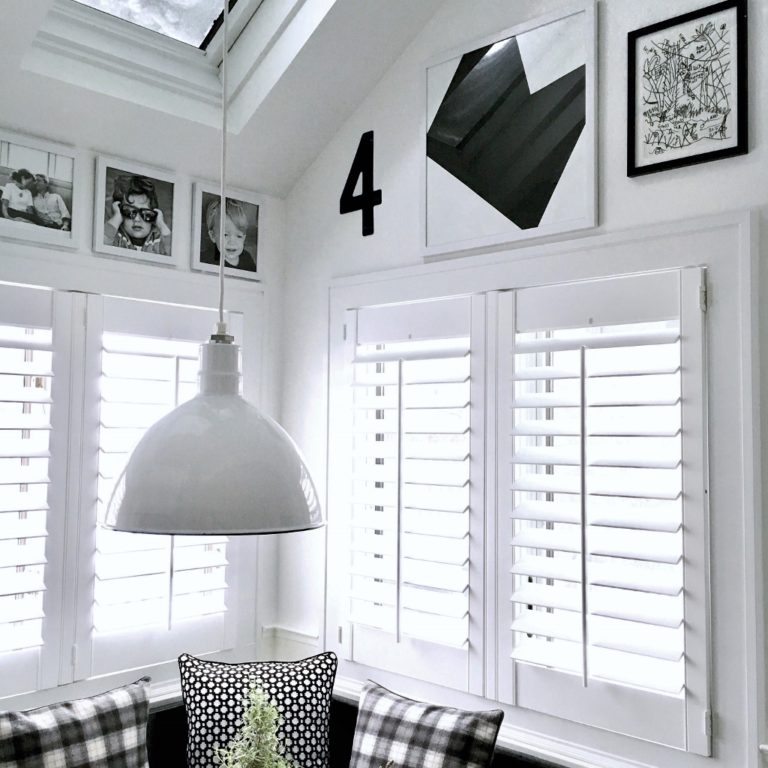 “I chose this pendant for the simple shape and the fact that is doesn’t read too ‘barn casual.’ The simple dome creates an impact without overpowering the space,” Kelly explains. “I love porcelain enamel. It’s heavy duty in quality but feels light at the same time. And I love the richness and depth of the color even though I chose white! I think the quality of Barn Light Electric is great for the price point.” 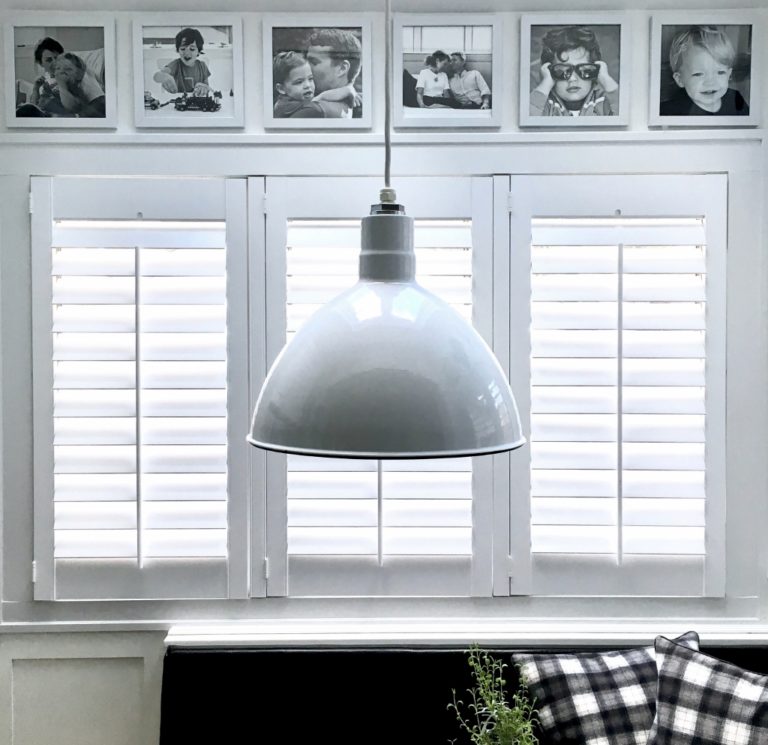 Kelly chose the White finish as it lends the fresh, clean feel she envisioned while the white cord makes the pendant float rather than having the cord stand out. 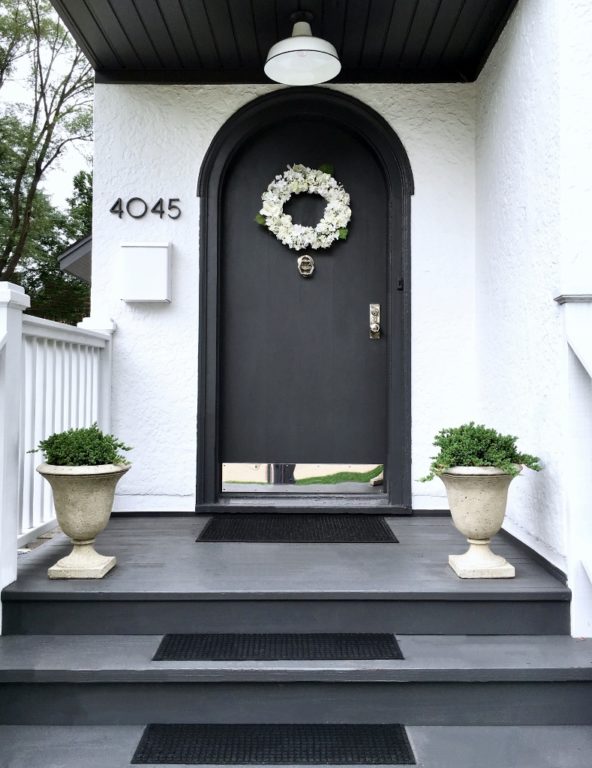 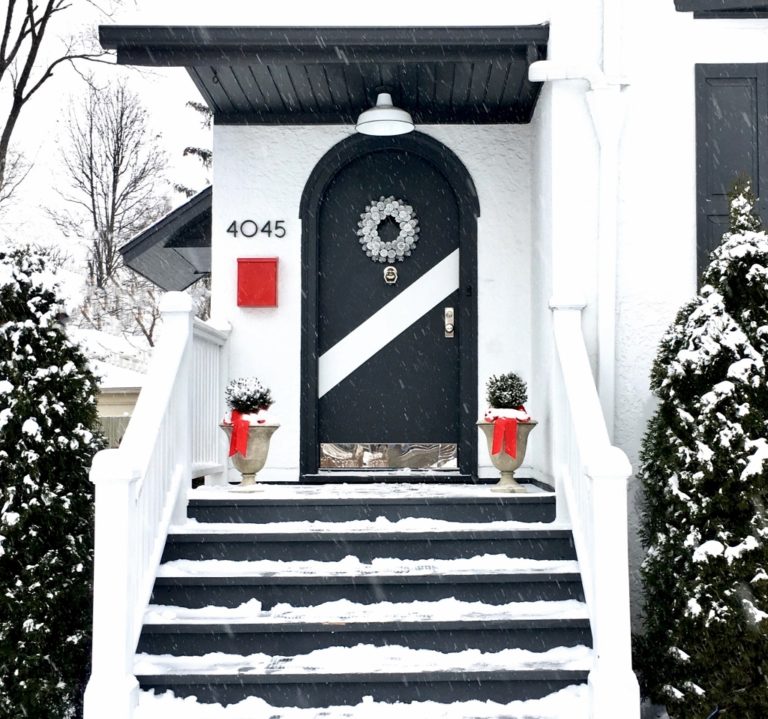 “We had to do a flush mount due to the low threshold, and it’s so hard to find a good exterior flush mount that isn’t old fashioned!” she says. “I like the unexpectedness of a barn light here that adds character and a fun pop of white against the charcoal grey.” Kelly customized this exterior pendant with a 14″ shade and White finish. 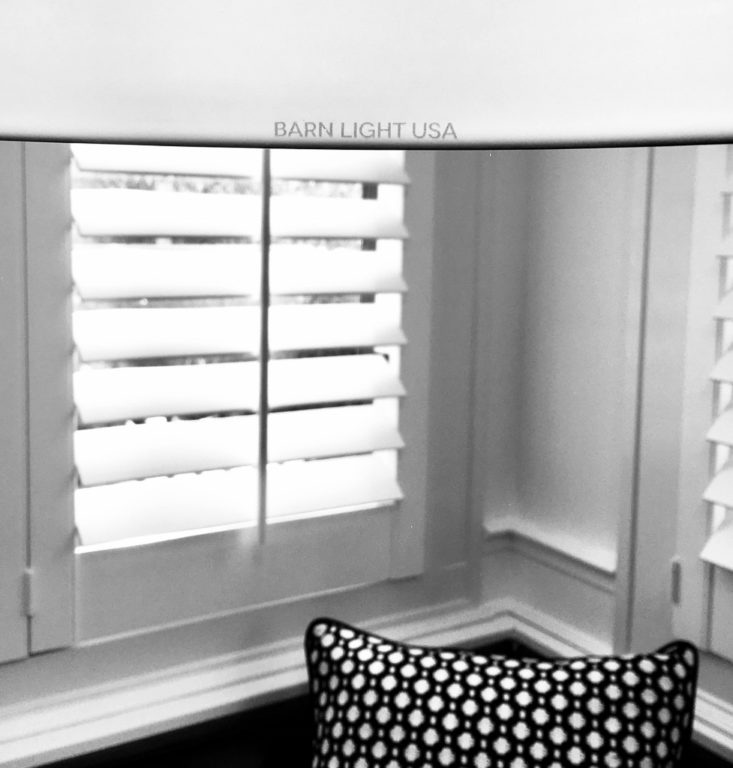 “Size wise, I often think I should have gone up one size here,” she adds. “My initial thought was that it’s not a big entry, but I didn’t follow my own rule that bigger is usually better!” Kelly’s new lighting brings the final touch to both her entryway and her oft-used dining space.

“What I like best about both lights is that five years later, I don’t want to change them out!” she says. “I don’t feel that barn lighting is trendy but a casual classic that is here to stay.”